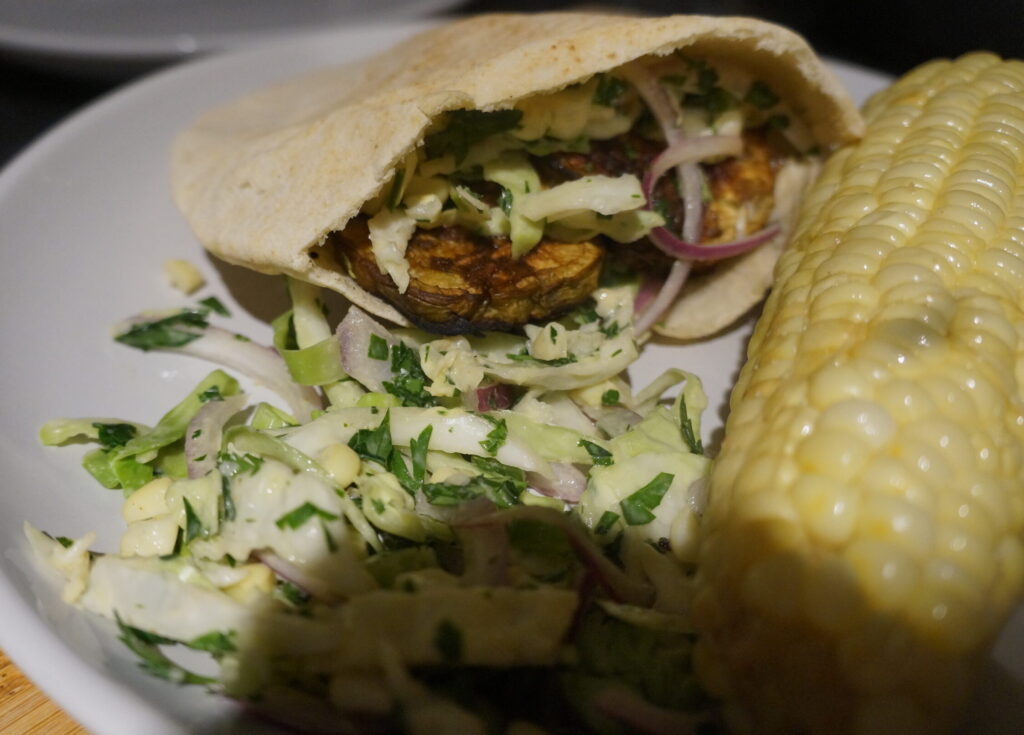 These bbq eggplant stuffed pitas are the perfect vegan recipe to make this summer! This dish has all the freshest produce in season in Arizona that I got right at the farmer’s market this past weekend. I served them with an ear of corn and a side of the coleslaw that was included in the pita. It was an extremely delicious and satisfying vegan bbq dish that I highly recommend anyone to make! The coleslaw stayed fresh in the fridge for about 5 days after I prepared it, so I added it to various other dishes throughout the week for some fresh summer flavor.

because eggplant is in season in the summer, I grabbed a few baby eggplants from Al Hamka Farms

I bought parsley and corn from Blue Sky Farms that were both included in the coleslaw. TIP: placing your parsley and various other herbs stem’s in at least an inch of water in a cup stored in the fridge will help your herbs stay fresher longer.

from Crooked Sky Farms, I purchased a red onion and green cabbage that were also included in the coleslaw

1 ear of corn, removed from the cob

for the coleslaw dressing:

salt and pepper to taste

to make the coleslaw dressing: 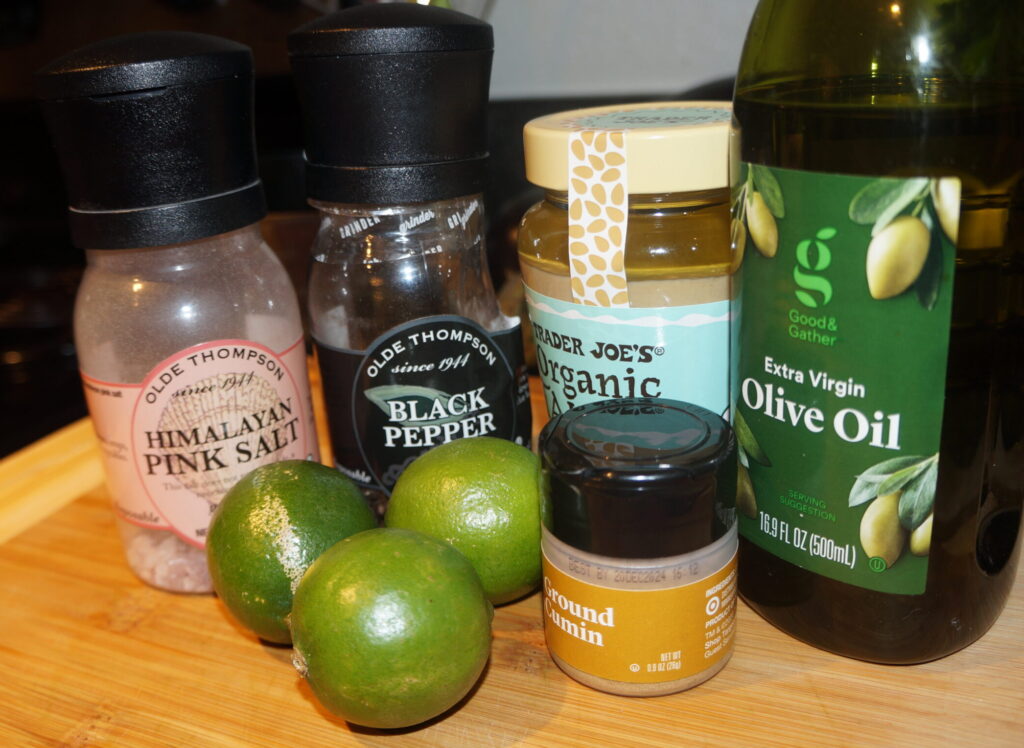 to make the broiled bbq eggplant

to prepare the pita