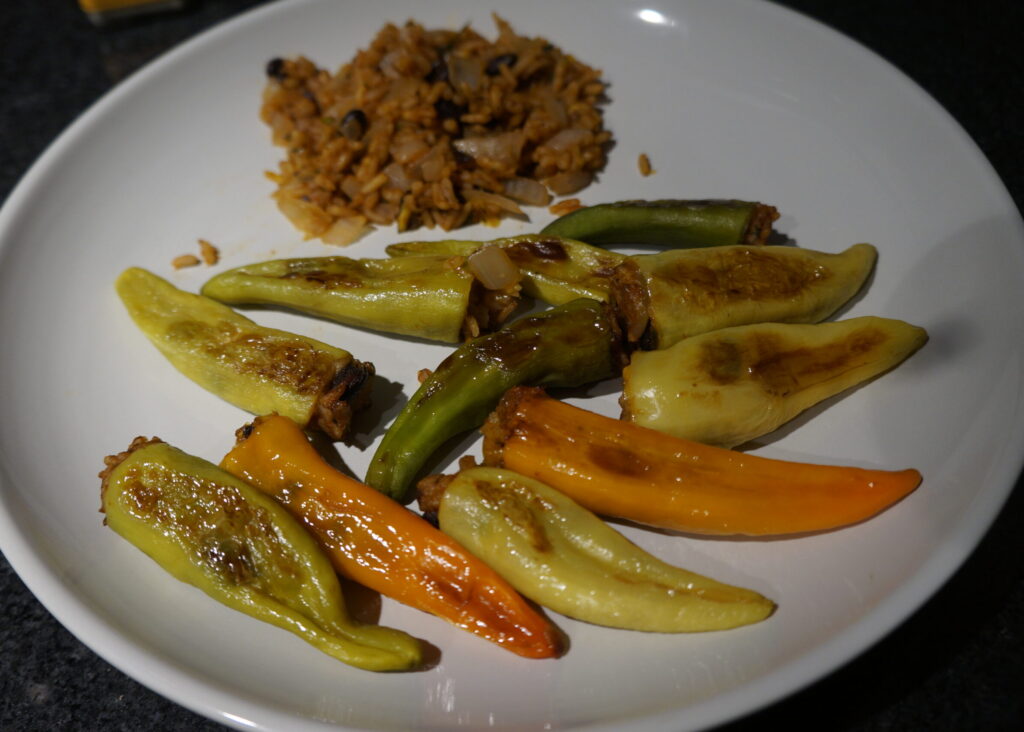 While I was shopping at the market over this past weekend, the banana peppers at Al Hamka Farms immediately caught my eye. 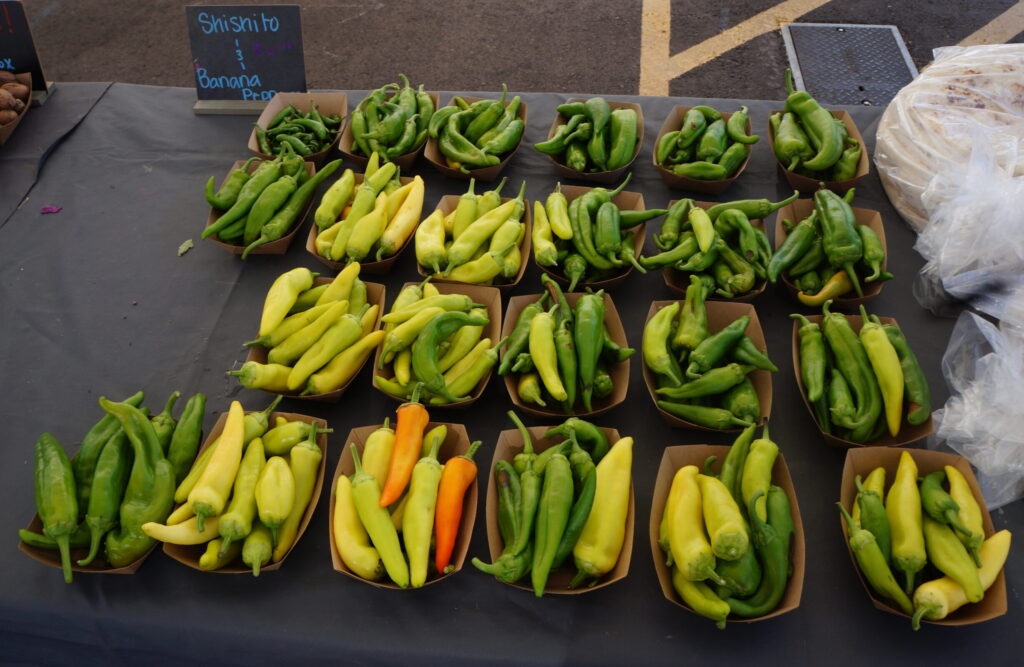 Banana peppers are a member of the chile family and have a mild, tangy taste. Their size is similar to a jalapeño which makes them perfect to stuff if you want an easy hand held pepper that is not too spicy. The stuffing in the peppers is made from rice, beans, cheese and various other ingredients; I served this as a side dish with the peppers because it was so good on its own. I also used this the following few days in other dishes like breakfast tacos and a black bean burrito because it stays very good in the fridge!

salt to taste and add accordingly 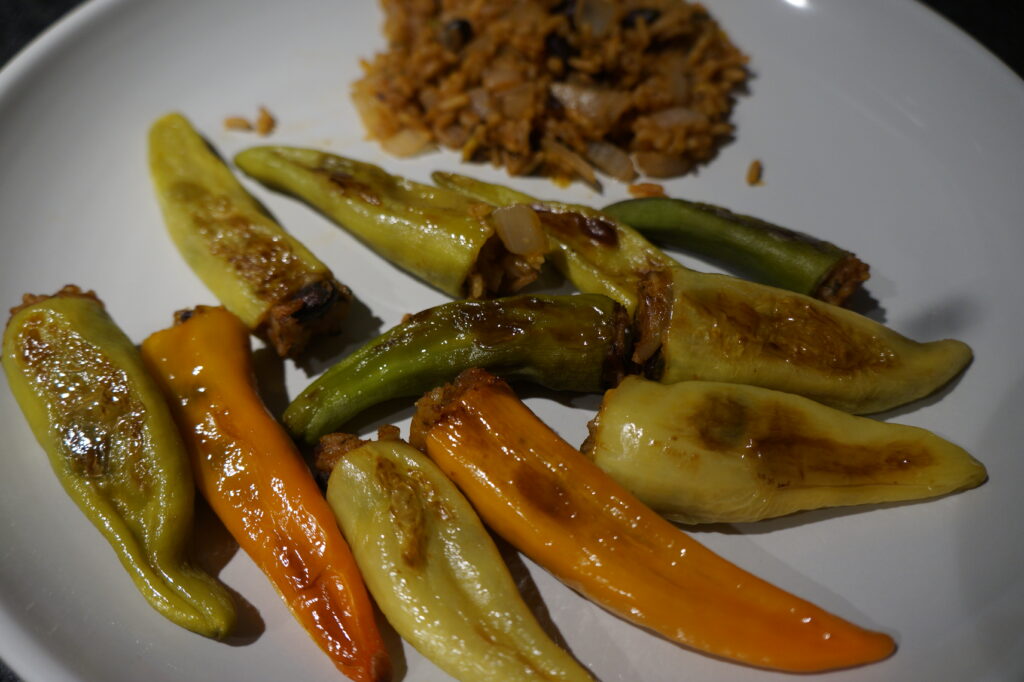 You can serve these delicious handheld stuffed peppers as an appetizer or add some more sides to make it a filling meal! I decided to serve them with the rest of the stuffing and they were wonderful. The stuffing on its own is a cheap and easy way to add some great flavor and nutrition to this recipe and many other dishes. Next time you are shopping at the farmer’s market, be sure to grab some of these delicious banana peppers!